Mattie Sharpe—seventeen and bored in L.A. —is getting into trouble. She gets into even more when she’s whisked to Cavernis, a world teeming with dragons. But these are dragons as you’ve never seen them: they are fussy gourmets; work as lawyers & CPA’s; and attend their school ASH, where they take classes like TNS (“Tails, Nails & Scales”).

Reuniting with her childhood friend, Mattie learns why she’s been brought there, and even heads ASH’s rowing team, Skull & Bones. She learns how to be a knight from the mysterious Eli, a small mute dragon…or is he? 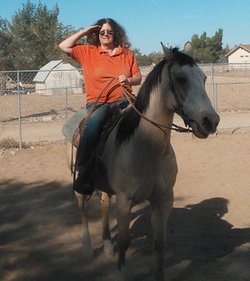 Amy Wolf has published 38 short stories, including two in Realms Of Fantasy, and one in Interzone. Her memoir, Don’t Let Me Die In A Motel 6, is a humorous account of her years after the Great Recession (and is available on Kindle).

Amy started her career working for the Hollywood film studios, where she was a script writer/reader. She is currently a refugee from Los Angeles living in Seattle.

3 thoughts on “Book Blitz: A School for Dragons by Amy Wolf”