Top Ten Tuesday is a weekly meme hosted by The Broke and the Bookish.

Anyone can participate and its a lot of fun, so I highly encourage it!

Let me know if you’re a part too!

This was actually an insanely difficult list to make.
Most YA moms are:
1) dead,
2) absent from the story entirely,
or
3) terrible and/or negligent when they do appear.

Good moms are hard to find!

Molly Weasley is THE mom, in any book ever. She’s the best. She raised seven kids well, despite the ability to have been pretentious about blood status and being poor, she raised them right. And practically cared for Harry like her own. And she is one of the best moms you know this.

Sally raised Percy on her own, did her best to protect him while letting him live his own life, and practically took in every other kid that showed up on her doorstep, including Percy’s CYCLOPS half-brother.

Everything she does is to protect Clary. Even when she’s being frustrating, she cares so much, and she tries so hard to protect her daughter.

4 – Mrs Garrett
from
My Life Next Door –

She’s like the Molly Weasley of contemporaries. with (I think its_ 7 of her own children, and practically mothering all the friends and girlfriends who show up in her house. She’s actually involved in her kids’s lives, which is more than most YA moms.

Because of the flashback scenes, we see her more as a fully fleshed out character, and how she supported her daughter unconditionally. How much they gave up for her to live her dream. 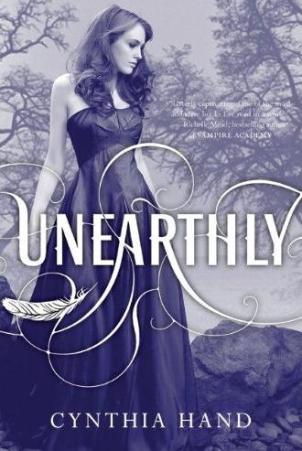 I haven’t actually read Unearthly, but everything I see describes Clara’s relationship with her mother as a very Gilmore Girls like one.

She’s not actually their mom. But she acts more like a mom than most YA mothers, protects Bella as one of her own from the beginning just because Edward loves her, would do anything for her kids.

Rachel Morgan raises her daughter to be epic and caring, and does everything to keep her daughter and her friends safe for as long as she can. A+ mom in fiction.

She keeps secrets from him yes, but only to protect him. She dropped her whole life and everyone in it to live in the woods and keep him safe and healthy, did everything she could for him.

1 thought on “Top Ten Tuesday: Best Moms in YA”