Because book reviews are slow going for various reasons, I’ve been tackling the half-finished movie reviews in my drafts in the form of mini reviews.

Today, I’m back with another seven (mini) reviews! Because if each movie got its own post, I’d never finish…

You can see my previous two mini movie review posts below:

Barely Lethal is a movie literally no one I know has seen.

Its a fairly recent (2015 I think?) film that RomCom meets Teen Spy flick.

Its a little cheesy, but its funny, and well paced, and the action scenes, plot, world building and cast are all amazing.

It centers a teen girl raised from childhood to be a spy (with Samuel L. Jackson as the director of the girls so you know its good), and who wants to be normal, so she runs away and poses as an exchange student with a family to go to normal high school.

Its a really entertaining film, and if it sounds at all appealing, I highly encourage you to watch it.

Now You See Me

Now You See Me is a film about stage magicians – that seem to do real magic – playing off heists and crimes, and the police trying to catch them. There’s lots of twists and turns, and its an all around great movie, one of my favorites actually. The casting/acting is the best, the dialogue is hilarious, and the action/CGI is great. I really, really recommend it!

This is the sequel to the above movie. While not as good as the first, it was still really enjoyable, and a good addition to the plot. Some parts of the pacing fell flat, but the dialogue and acting were still great, as well as the effects. The new girl in this one through me off, but thats because the actress from the first movie didn’t want to come back, so I can’t entirely fault it. If you enjoyed the first one, its worth watching. 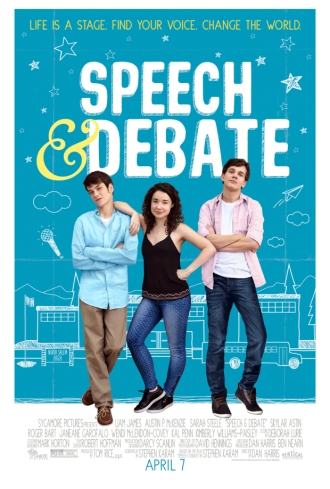 Speech & Debate is a movie I saw on Netflix and watched because I as bored. You know, one of the many random movies you’ve never heard of Netflix always seems to have?

It was funny, and pretty frank in its discussions of the struggles a lot of teens have, it doesn’t really pull its punches. The family relationships were a little hard to keep track of – it took me a while to realize whose parents were whose, but that could’ve been me not paying attention – and its a little corny, but if you like teen Rom-Coms that focus on friendship rather than romance, its worth checking out. I enjoyed it.

Odd Thomas is an adaptation of a book by the same name – though I can’t speak to how faithful it is as I’ve never read the book. I can say that I enjoyed this movie immensely. The casting and acting is great, its funny, and its well written. The pacing is on point. The action scenes were great. All around solid, enjoyable movie.

Odd Thomas is centered on a kid (he’s like, 19?) that can see ghosts – but not speak to them. And its just a great film.

Not Another Happy Ending 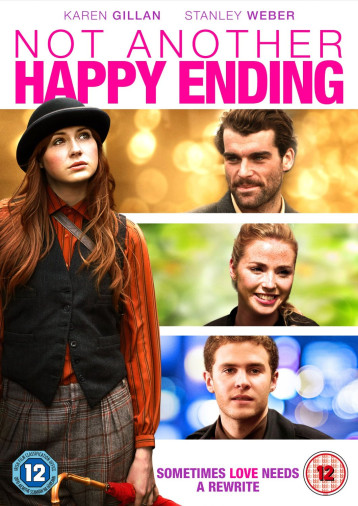 I watched this movie for two reasons: It was on Netflix, and it stars Karen Gillian, who I love.

Its a Rom-Com, featuring a struggling author who writes stories inspired by her (troubled) childhood, trying to find love, but the thing is, she’s happy, and being happy makes her writing worse, so her (editor? Agent?) seeks ti make her unhappy, so she can finish her next novel.

Its pretty cheesy, but pretty entertaining, and the cast is great.

Kingsmen is an action movie – R rated so it is very violent/bloody and has cursing, fair warning – based on a comic series. About this pretty troubled young guy, whose dad died in service of The Kingsmen (which is essentially a top secret British organization) and is invited to undergo trials to see if he makes it as an agent himself. Along the way, aside from the pretty brutal training, a crazy rich dude wants to take over the world, so The Kingsmen have to stop him. I don’t want to spoil the movie, because the plot, acting, action scenes etc. are all phenomenal, and its one of my favorite movies.

Its also getting a sequel, Kingsmen: The Golden Circle, though some of the ads are a bit spoiler-y for the first film so I won’t put it here.

I hope you enjoyed these mini reviews.

Let me know if you like these, if you’ve seen any of these movies, agree/disagree with me, I’d love to hear your thoughts!