Shows Often Confused for Being MCU
(But Aren’t):

Marvel expands its footprint on the television landscape with this new family adventure series about an ordinary suburban family whose lives change course forever when they discover their children have developed mutant powers. When the threat of a hostile government forces the family to go on the run to protect themselves, they join the ranks of an underground network of mutants. Together, the group fight to survive in a world where fear and misunderstanding put them at constant risk. `X-Men’ alums Bryan Singer, Lauren Shuler Donner and Simon Kinberg are among the executive producers.

David Haller is a troubled young man who was diagnosed with schizophrenia as a child. Shuffled from one psychiatric institution to the next, in his early 30s, David met and fell in love with a beautiful and troubled fellow patient named Syd. After a startling encounter with her, he was forced to confront the shocking possibility that the voices he hears and the visions he sees may actually be real. Syd led David to Melanie Bird, a demanding but nurturing therapist who heads a team of specialists — Ptonomy, Kerry, and Cary — each of whom possesses a unique and extraordinary gift. Together, they helped David to recognize and harness his hidden abilities and unlock a deeply suppressed truth — he had been haunted his entire life by a malicious parasite of unimaginable power.

Krista Starr returns from Iraq to learn that her twin brother, Zack, has died under mysterious circumstances. Krista soon meets Blade, as well as the killer himself, Marcus Van Sciver, a powerful vampire who becomes smitten with her, turning her into a vampire by injecting her with his blood. Blade then injects her with the same serum he uses to control his own vampire instincts. Blade offers Krista a chance to help avenge her brother’s death and bring down Marcus. The series is based on the comic-book character Blade and the series of movies featuring him.

The syndicated ensemble action drama chronicles the adventures of a group of human mutants – led by the mysterious Adam Kane – possessing extraordinary powers as a result of genetic experimentation gone awry. 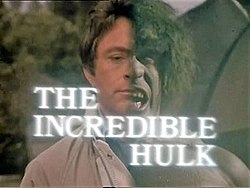 Dr. David Banner is a widowed scientist caught in the middle of an experiment gone bad. As a result, whenever Banner gets extremely upset or stressed out, he turns into a huge green monster called the Incredible Hulk, with awesome strength and rage to match. To keep from being discovered, Banner lives a nomadic life, traveling from town to town in search of a cure and helping people where he can, all the while trying to avoid suspicious reporter Jack McGee, who wants to expose Banner and the Hulk. “Don’t make me angry. You wouldn’t like me when I’m angry,” Banner warns McGee in more than one episode. 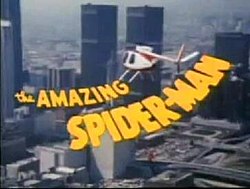 A man receives superhuman power when bitten by a radioactive spider.