Jim Gordon is a rising detective in corrupt Gotham City, where his late father was a successful district attorney. Brave, honest and determined to prove himself, Jim hopes to return the city to the glamorous, purer version he remembers as a child. He and his partner, legendary Detective Harvey Bullock, must navigate the dirty politics of Gotham’s justice system, even as they tackle a high-profile case, the murder of billionaires Thomas and Martha Wayne. Gordon becomes a friend to their young orphan, Bruce.

This is a lot of fun as a concept and in practice. A great show, and I love tiny Bruce Wayne.

CW and Greg Berlanti expand the footprint of their DC Comics universe with this exploration of the intersection between family life and being a superhero. As a younger man, Jefferson Pierce donned the suit of a vigilante and protected the streets of his city, but he believed he’d left those days in the past. He learns that life doesn’t always work out as planned when his daughter, Jennifer — a star student who is determined to achieve justice at any cost — gets recruited by a street gang. In order to protect his family, Jefferson sees no choice but to once again become Black Lightning.

This show, as a CW show, gets mistaken for an Arrowverse show, but it isn’t according to any official information.

It is a great show though. 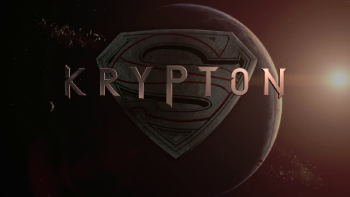 Years before the destruction of the legendary Man of Steel’s home planet, Superman’s grandfather, Seg-El, fights to redeem his family’s honor after the House of El is ostracized and shamed over Seg’s grandfather’s false claims of a world-killer coming to Krypton. When an attack on the government is attempted, Seg seizes an opportunity to advance himself and his family by allying with those who sentenced his grandfather to execution and destroyed his family’s name but when evidence that his grandfather’s claims were true is discovered, Seg must work within the system that discarded the House of El in order to protect their future legacy.

Emily Locke lands her dream job as director of research and development for Wayne Security in Charm City, home to superheroes, super villains and everyday citizens fed up with the collateral damage of their constant super fighting. Full of confidence and big ideas about how to make life safer for the populace, Emily quickly learns that her aspirations far exceed those of her new boss and officemates, so it is up to her to lead the team toward its full potential and the realization that you don’t need superpowers to be a hero.

When over-achieving medical resident Liv Moore attends a party that turns into a zombie feeding frenzy, she ends up joining the ranks of the living dead. Determined to pass as human despite her pale appearance and newly listless demeanor, Liv forms a plan to resist her drive to consume fresh human brains by taking a job at a coroner’s office, where she can secretly snack on the brains of corpses delivered there. Soon discovering that she absorbs the memories of those she feeds on, she finds new purpose by posing as a psychic and working with a detective to help solve their murders.

Based on characters created by Neil Gaiman, Sam Kieth and Mike Dringenberg, this series follows Lucifer, the original fallen angel, who has become dissatisfied with his life in hell. After abandoning his throne and retiring to Los Angeles, Lucifer indulges in his favorite things (women, wine and song) — until a murder takes place outside of his upscale nightclub. For the first time in billions of years, the murder awakens something unfamiliar in Lucifer’s soul that is eerily similar to compassion and sympathy. Lucifer is faced with another surprise when he meets an intriguing homicide detective named Chloe, who appears to possess an inherent goodness — unlike the worst of humanity, to which he is accustomed. Suddenly, Lucifer starts to wonder if there is hope for his soul.

2 thoughts on “A Guide to: DC Live-Action TV Shows”