This cover reveal is organized by Lola’s Blog Tours. 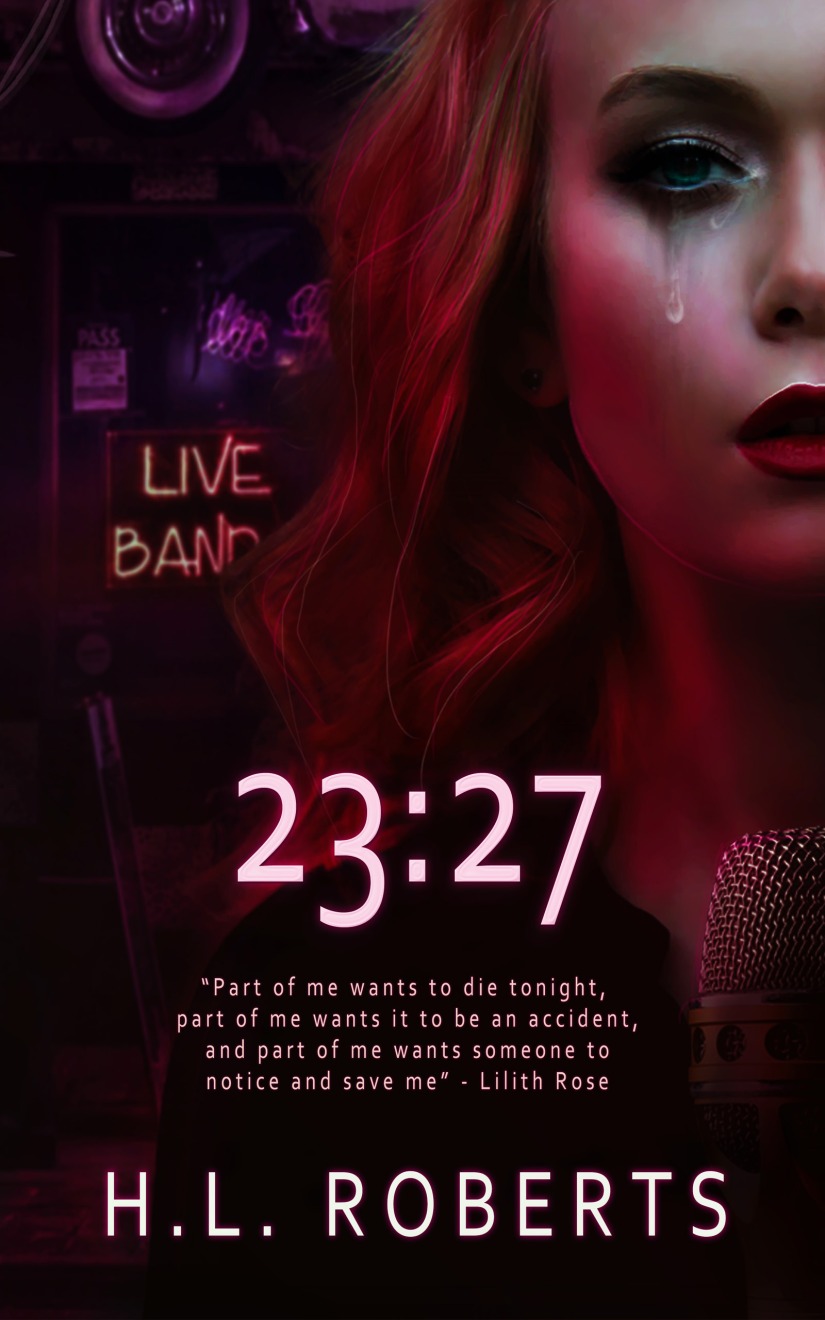 These were all the things that you would expect from being famous. The bait that the producers of the industry would tempt you with to get you on their side.

They don’t tell you about the pressure that’s always on the verge of crushing you when you’re forced to do everything that the public demands for and not what you truly desire.

They don’t tell you about the self hatred that would soon take over your entire being at the thought that you will never be good enough.

No – they don’t tell you these things at all.

But, Lilith Rose will.

When Lilith Rose, lead singer to one of the most famous rock bands around gets tired of all the lies and secrets that comes with being famous.

She decides that it’s time for all of it to stop and ends up revealing everything on a Facebook live stream.

H.L. Roberts is a short story writer and a contemporary novelist from a small town in Kentucky. She is currently in her third year of college where she is majoring in English Literature and minoring in Psychology. When she isn’t reading a book you can find her raising awareness about mental illness, suicide prevention, and epilepsy.

There is a cover reveal wide giveaway for the cover reveal of 23:27. Three winners will each win an ebook copy of 23:27 by H.L. Roberts. Open International.

In the beginning, that was all there was. Seconds, minutes, hours pressed together, forming a mask of illusion that could never be dropped. A wall of steel grew around their hearts, one that couldn’t be broken. The United Misfits image could never be distorted.

It was wrong. It wasn’t right. No matter what her heart told her, it was wrong. Every flutter that skated through her stomach. His every skipped heartbeat, meant nothing. She was nothing. He was nothing. They were nothing.

It had been said many times, by many different people, the most broken person in the world could hide behind a perfected smile and a fake laugh. This could carry out a person’s persona, something that never even existed to begin with. That would never exist. Laughter and smiles filled with fake truths and real lies could hide what that person wanted to show, to tell, the truth.

In the end, she wanted to break free, but chains restrained her, blocking each and every move before she could make a single one, turning her into a prisoner. A captive in her own life.

Those chains squeezed tighter and tighter, never loosening their grip. They choked her from the inside, wrapping her tighter with every deceitful accusation and fake persona they put in her life. Deadly thoughts clouded her vision and stomped through her mind. Both of their minds.

Their hearts were noosed, yanked in every which direction. Like a snake. Until it all stopped. Until they both stopped fighting.

And when the fight dissipated, she could no longer turn away from the deceitful ways that they had so graciously bestowed on her.